I visited a local farmer who has some Limousine and Mirandaise cows. He has a small farm and keeps a herd of about fifteen cows. He used to run goats on the farm to make enough money from his twenty hectares but he’s retiring now and selling his place and winding down the livestock numbers.

I wanted to check out the Mirandaises, and this guy had them side by side with Limousines in his cowshed. Here are a couple of the Mirandaises. They’re rather beautiful girls. I do like their eyeliner.

Compare their look with the curly red Limousines. 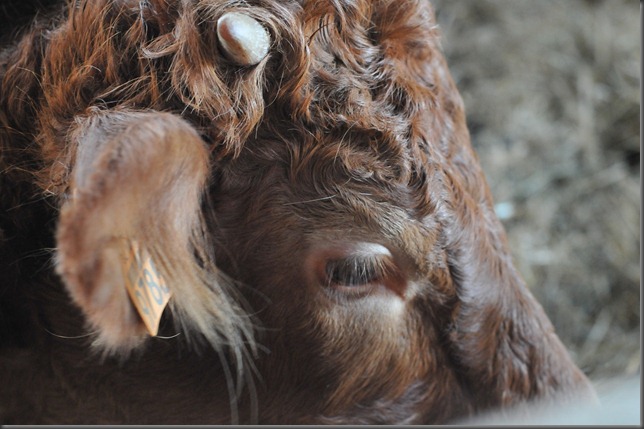 Since the farmer had both kinds of cows, I asked him about the differences. He loved his Mirandaises, they were calm and friendly and they bossed the Limousines around even when they were the smaller cow. The big problem was how much money he could make selling a fattened cow to a butcher. The Limousines made a lot more money. Butchers want Limousine meat more than Mirandaise meat.

I have seen this pattern before – a farmer loves one particular kind of livestock and keeps going with it even when it loses him money. I respect this. He has his life to lead and he likes his life better with cows like the Mirandaises. But he is sad and frustrated that the market conditions do not suit his choice.

His cows are chained up for the winter – you can see the chains on the Mirandaises in the top photo. He trains the calves to the chain by letting them walk around their pen with blocks around their neck. It is a system of cow farming that I do not want to repeat, but it has worked for him for forty years. I believe there are other methods that will work better and give happier cows.

We walked around and I took photos of his tidy farm. Here is his collection of sticks. 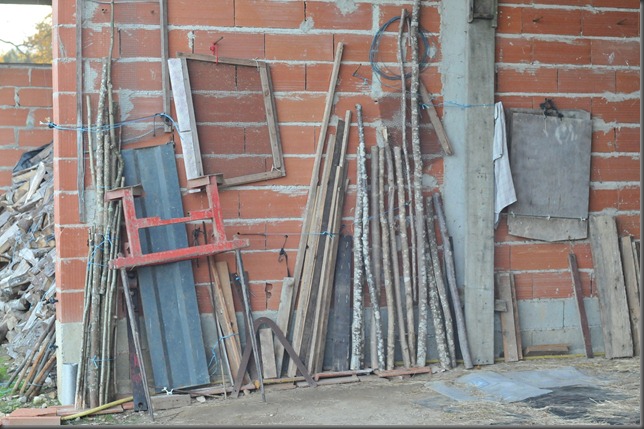 His woodpile. The big storm of February 2009 has left farms with a decade worth of firewood. 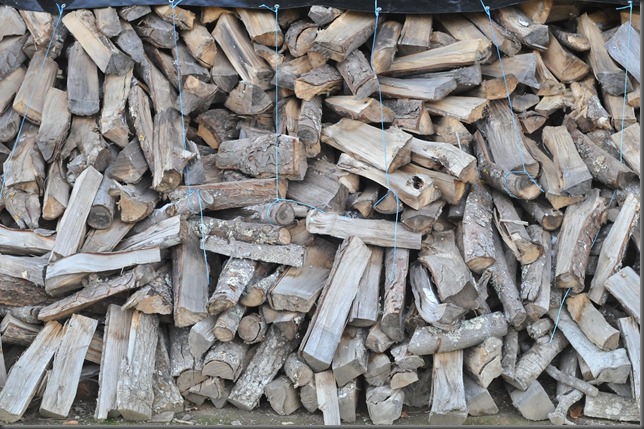 Three-wire electric fence. He used three wires because of his goats. 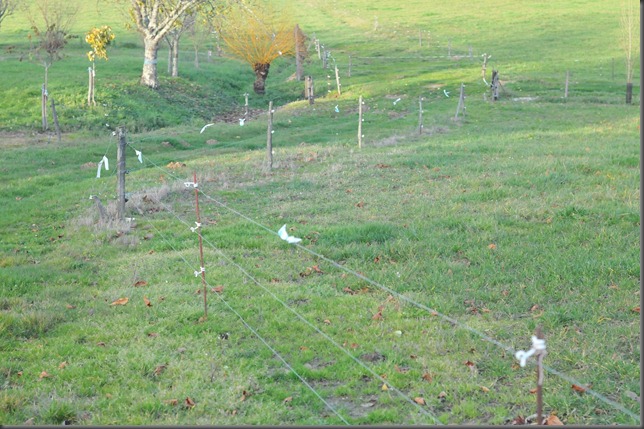 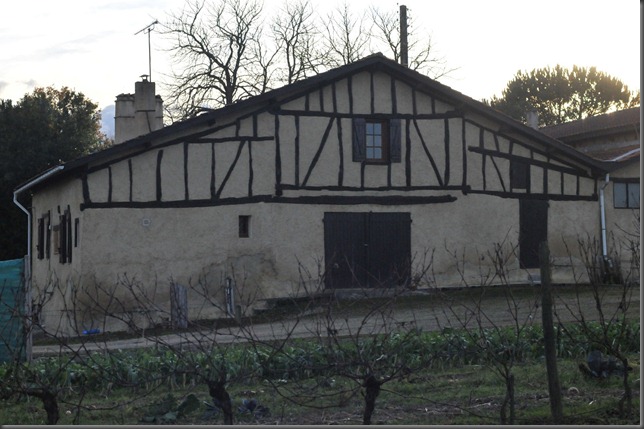 His awesome International Harvester 744. He wasn’t selling me this.

And his wood-fired stove with a boiler to heat the house radiators. He kept a pan of water on top to humidify the house.

I liked visiting this guy. He’s an old-school farmer who doesn’t like how tractors have become huge and how you need new equipment for everything. His farm was tidy and organized. He gave me a big bottle of his grape juice for my kids and it tasted amazing.

I don’t know what his farm will sell for but it is a beautiful place with a lot of forest and a big lake. He wants to retire to something with fewer hectares so he can keep a couple of Mirandaise cows and his tractor.

8 thoughts on “Mirandaise cows on a tidy small farm”