Up in the Tarn-et-Garonne was an interesting farm for sale. It had eighty hectares, but another forty or fifty in ‘fermage’, meaning they were rented long term. Renting farms is a tricky business for the landowner, do it wrong and the renter has the rights to rent forever.

This farm bordered a big army base and the commune had a lot of wild land. This meant the local chasse, the French hunt club that has a version in every commune, had a lot of good hunting land. To be a member of this chasse you needed to own land in the commune. So a lot of people owned a little sliver of land for the hunting rights, then rented the pieces out to this farm. They didn’t mind that their little field was rented out forever, they only wanted it for the hunting rights that came with it. 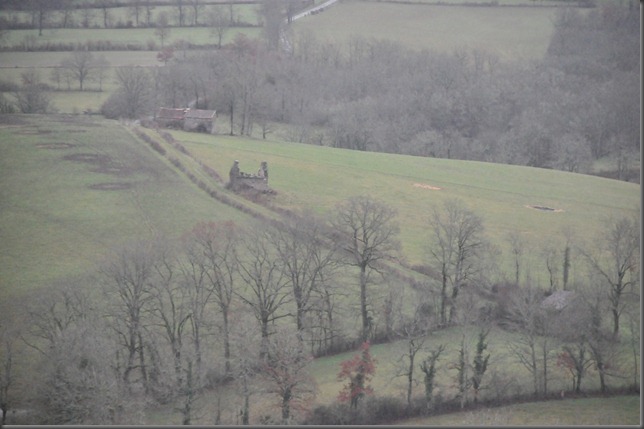 The farm was interesting to me because it sold most of its produce direct to customers. The farmer ran a herd of Blondes d’Aquitaine and took sales over the phone – no internet site. The farm was mostly pasture and he ran his cows in three herds to rotate bulls, keeping the herd inside for the winter months and blowing in straw every couple of days with his pailleuse. [Note to self: look up the English word for the straw blowing machine.] 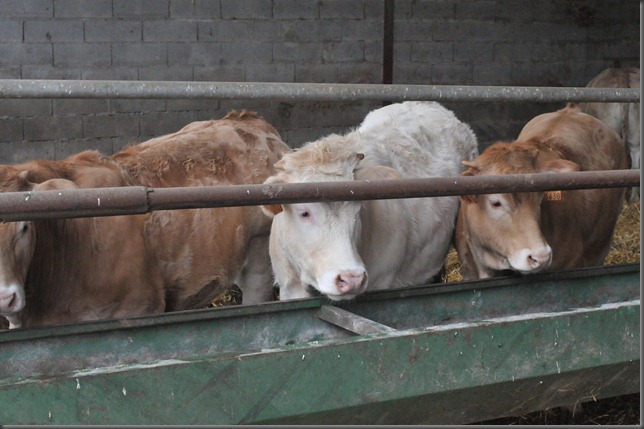 This farm was in Quercy near the Gorge de l’Averyon and was beautiful. Its had cold winters for SW France. I would track the daily temperatures and compare with our rental house and it was usually two or three degrees Celsius colder. A lot of the farm was on a plateau on top of a steep hillside, which was beautiful but gave a lot of rocky soil.

The biggest downside to the farm was the housing for the family. There was no house on the farm itself, but you could buy the house alongside. It wasn’t bad, but it was a little small for our family with three (now four) kids and it didn’t look over more than an acre or two of the farm. 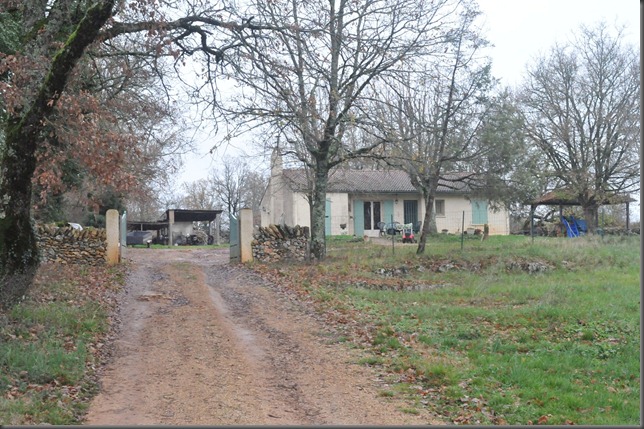 The farm was cut into a lot of small paddocks with dry stone rock walls for the boundary. This was just amazing. I wanted to have picnic in each field! There is a downside with this. The rock walls came about because the farmers had to do something with all the pieces of rock that showed up in the field. So they made walls. While the walls look pretty, they tell you there’s a lot of rock in the field and that the soil suffers for it. It does let the paddock handle cattle in winter with more resistance to pugging. 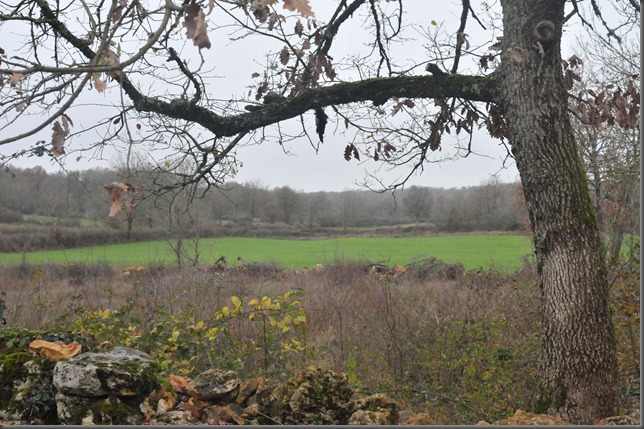 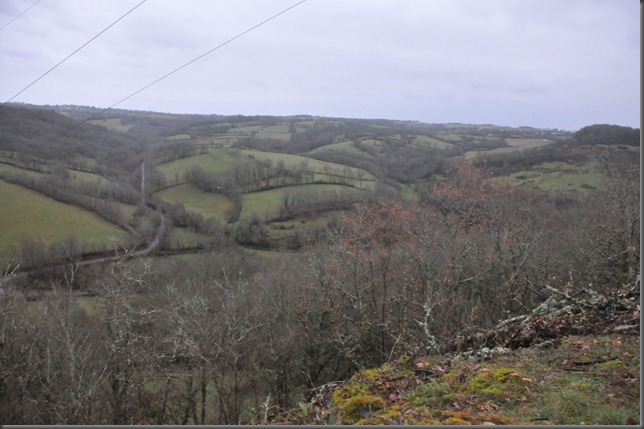 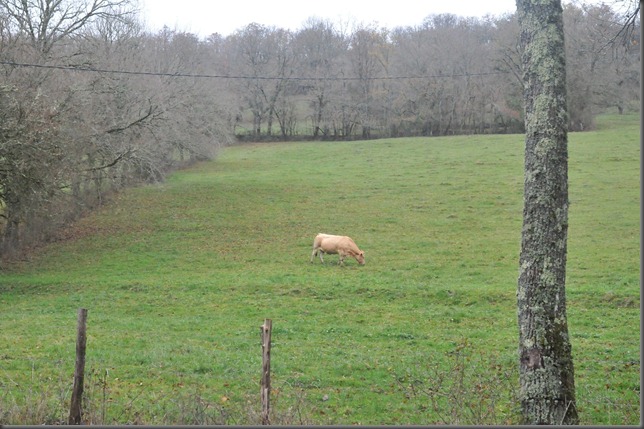 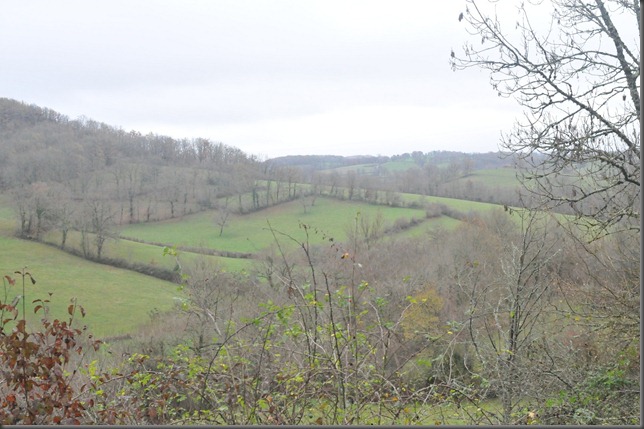 Half of the farm had river access for watering the cattle, the other half relied on water tanks. These would get filled as needed and delivered to the cows. There’s a trough for drinking at the side of the tank. 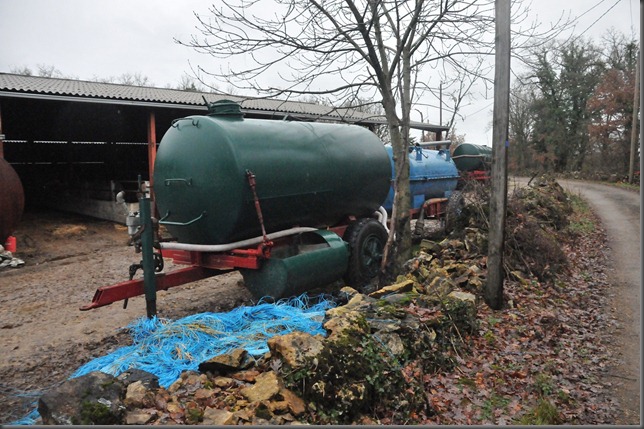 The land was in three parcels, and there were some cool pathways through the hillside woods to get between them. These are old public roads that wander through private woods. 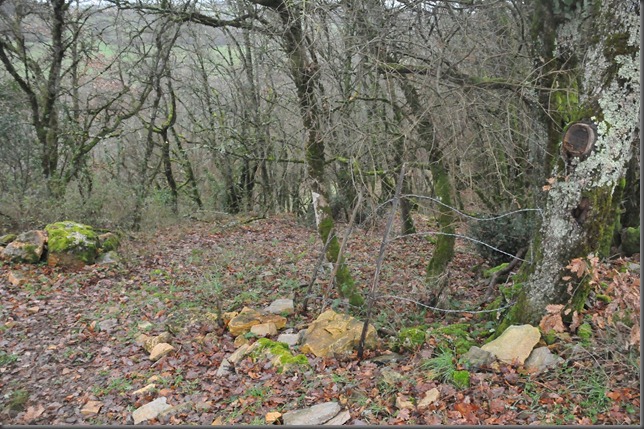 He had a loading ramp off the main cowshed, which was unusual in a SW farm. Most farms here rely on the truck’s ramp. Overall he’d thought out his cowshed well, it was modern and clean. 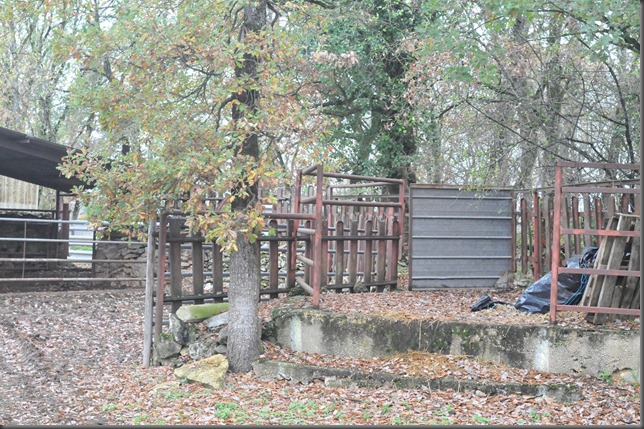 He drove to Toulouse and other smaller cities to deliver his meat using a ‘frigo camionette’, a small refrigerated panel van.  Jean spent a day delivering beef around Toulouse to see if it was the sort of work we wanted to do. 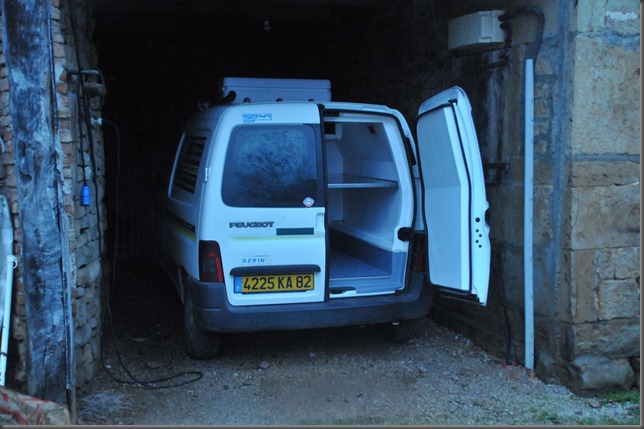 There was a bit of a sad story to the sale of this farm. The farmer had developed allergies so severe that he couldn’t farm his land how he wanted. He was selling up to switch to home construction.

We thought about this farm a lot. It had plenty of land, it was beautiful, it was successful and it was cheap enough. The biggest problems for me were the layout of the land for housing. I looked at several local village houses and at the potential housing lot by the farm. It became clear that we wanted a farmhouse in the middle of the farm rather than off in the village. We wanted to see our farm from the house. There were many smaller issues (cold, isolation from big towns, rocky soil), but the lack of a good family home was the most important thing that shot this one down.

The issue for Jean was that she didn’t think Quercy was the right region for cows. She wanted the deep country. Thankfully, the final few farms we visited suited her a lot better.

3 thoughts on “A beef farm in the Tarn-et-Garonne”