This house was nuts. Well, ‘nuts’ is perhaps too strong and if I was being as clear as I could be I would say that the house was disorganized and remodeled in an unconventional way that reflected the needs of the family that lived there and not those of any potential buyer. From this potential buyer’s point of view it was nuts. At some level I really liked it, but logic stepped in early in the process and questioned my sanity.

What can you tell from this photo? Well I think it looks gorgeous, but then my brain kicks in and points out there are missing shutters, bars on the lower window, lots of broken roof tiles, different kinds of roof tiles, different kinds of window surrounds, missing gutters, and plants too close to the house. The broken tiles/missing gutters may have caused long term damage.

The attic dormer and chimney show lots of evidence of age and poor maintenance. Things weren’t all bad; it had a barn that was better built than most houses we saw, with well built rock walls.

But the interior was odd.  I don’t have the photographs to show this. I think Jean was too shocked to take more than this. 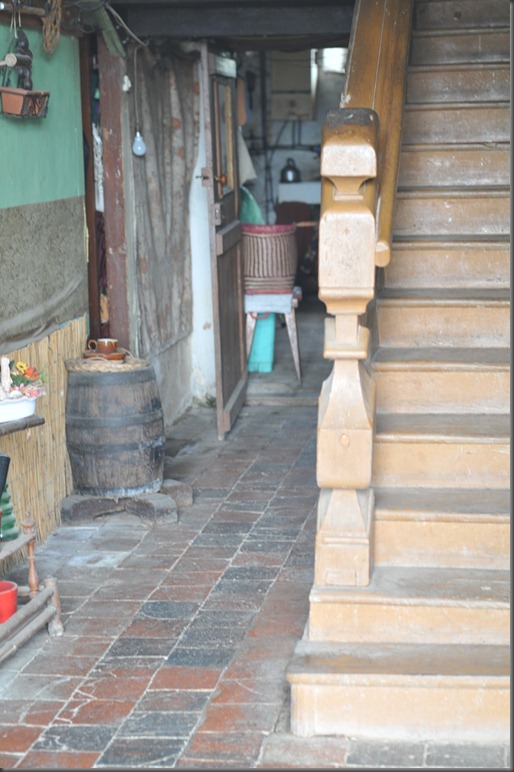 The barn was built like a house, and the interior of the house looked like a barn. This is the main corridor of the house. It goes straight back to the kitchen. I do like those old tiles that just rest on the dirt. The kitchen itself looked like a shed. It needed so much work done it was like walking back in time. The retiring folk who lived there hadn’t changed it much in forty years, and it hadn’t been changed much in the hundred and forty years before that. These houses are living museums.

The rooms connected like a subway apartment. You had to walk through one bedroom to get to the next. A lot of the attic space had been converted into living space, and it wasn’t a good conversion. It had been adopted to the family needs as quickly and cheaply as possible. Good for them, but not suitable for us. If the overall building was well maintained I might have been tempted, but given the state of repair, the amount of work the interior needed and the overall messed up layout it was an easy decision. Jean’s face tells the story. 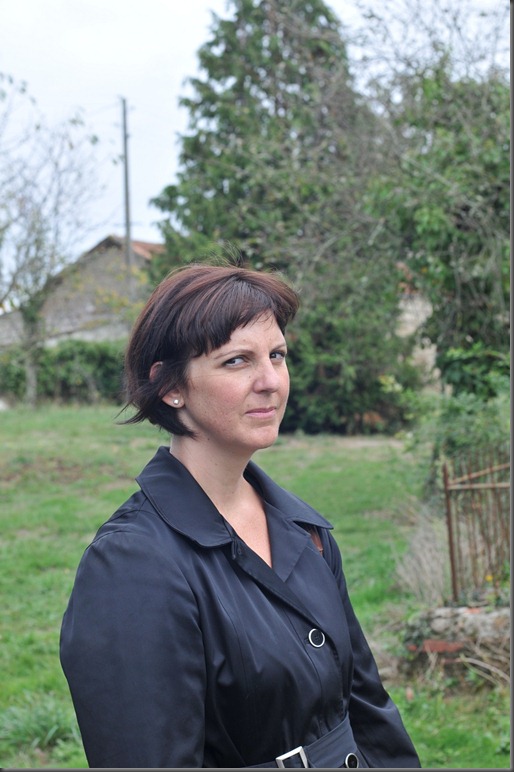