About October last year we switched our tactics from searching for a house with land to searching for farmland with a house. Or maybe without a house. We spoke with the SAFER, the French semi-government agency that deals with the usage and sale of farms and arranged a day to meet and look at a few.

Now I’d been a farmer before. It was way back in the mid-eighties and I was a jackaroo on a farm in the Southern Tablelands of NSW, Australia in the year I took off between high school and university. That farm had 4000 hectares, immense by French standards. I loved the job but didn’t always get on with my bosses.

A fair bit of my childhood was spent living on a farm in Surrey, UK and visiting the farmers in my family in New Zealand whereas Jean has always been a Californian city girl. Between us we figured we had the energy and resourcefulness to give it a go. After all we had little else to do and we needed something to fill our time. In the worst case we could head somewhere else and get a white collar job again – what had we to lose? It isn’t like we cared much about what the neighbors thought.

The SAFER agent we worked with was Chris, a Dutchman who had been living out here for thirty years and who spoke good English as well as good French. His job was to range across several departements dealing with English-speaking buyers. It made things easier to have someone who knew the system who also spoke English.

The first day of farm hunting we looked at a couple of farms in the Volvestre area of the Haute-Garonne. The first one we saw, the Daniel farm, had a huge, gorgeous house which was well finished and with an in-ground pool. It had under-floor heating and so many bedrooms I couldn’t count them, but there were three on the ground floor and an unspecified (and unfinished) number one level up. 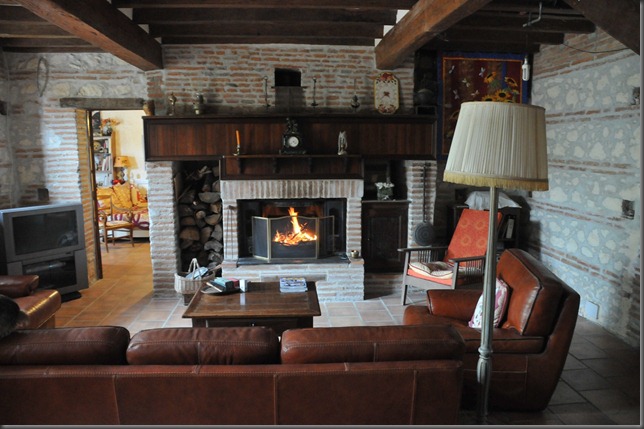 This farm had 30 hectares of land, with 8 ha in forests and 22 ha in pasture. The pasture was terrible. The small North paddock was hammered and stone-laden. The large back paddock was North-facing and so didn’t get to capture as much sun and it too was well overgrazed. At the time I didn’t know too much about soil, but when you see this you don’t need much experience to know something was up. 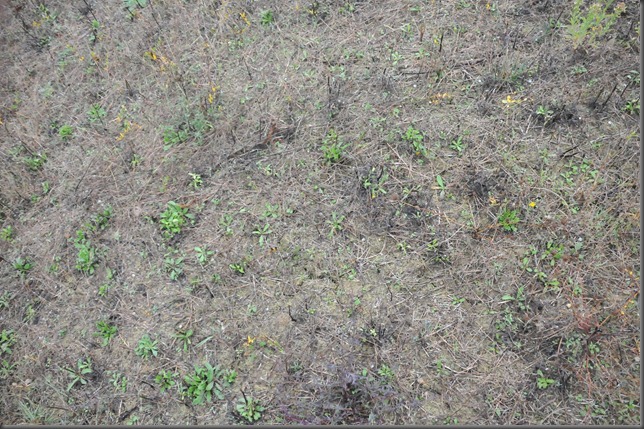 Check out all that bare earth! That’s about 15% plant coverage. In short it was a hobby farm where they hadn’t treated the land well and the land had paid the price. The farmer also had enough machinery for a 100 ha farm for his little place. Clearly his source of income was not the farm.

They wanted over 400k euros for the property, mostly for the house. The location was amazing in the respect that it was only 45 minutes from Toulouse, a city of a million people and a place that buys a lot of meat. But this place was too much house and too little farm. Here’s the construction zone at the back. 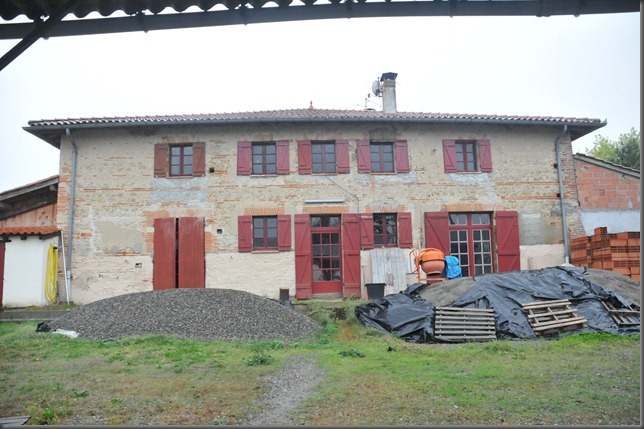 This was the first farm we looked at and it raised the topic of farm economics. Our house budget was about 300k euros so this farm was 100k over it. But, came the argument from Chris, the land pays for itself in subsidies. It was large enough to be considered a farm by French social security (the MSA) and was subsidized to the tune of 200 or so euros per hectare of pasture. 200 x 22 = 4400 euros, a rate of return of about 4% on the value of the land. So in subsidy alone the farmland paid for itself. This scales linearly with the farmland – if 22 ha can pay for itself in subsidies, so can more. Even enough to run a proper income-generating cow farm. [I still wonder how French farmland can remain so cheap.]  Still, I went back for a revisit just to confirm my opinions. It was raining and I brought Lucy Jean. 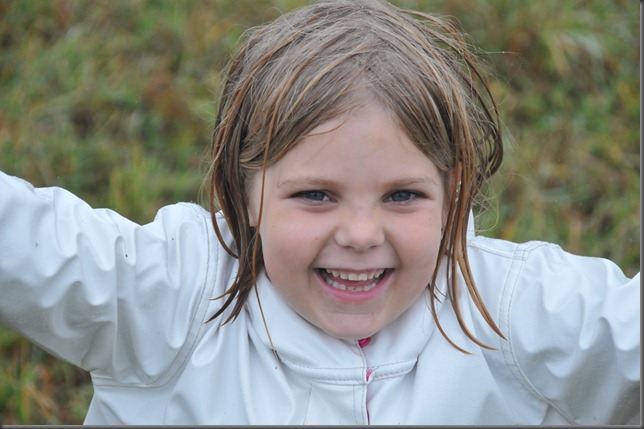 I visited the forest the second time through and the trees were very small and not ready for harvesting.

The second farm that first day was a lot better and very close to what we wanted, except for one teeny tiny little issue. I’ll get to that next.