A few days ago: snow. We had 12 days of cold with nights dropping down to –10 and days remaining below zero. But we had sun, which warmed the heart if not the water lines.

The snow has since gone. The grass wasn’t affected by the snow layer. 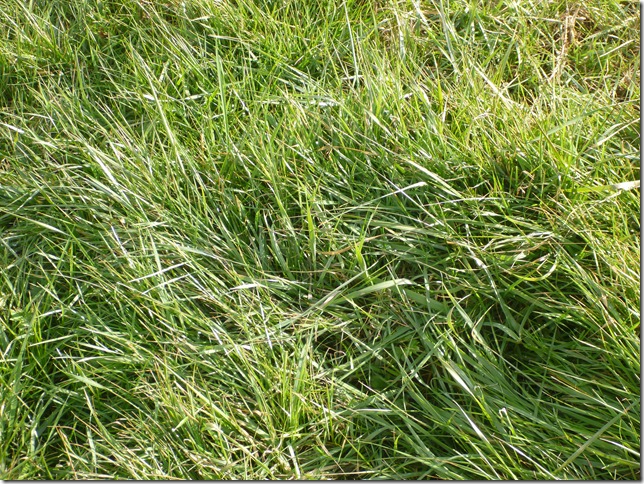 Legumes are springing up all over. For example, clover. And there looks to be a bit of a different legume sneaking in at the bottom of the photo. Maybe some lotier?

This paddock is called Sleepy Hollow after a sunken communal road that runs by it. It was grazed three times last year and had a fair bit of litter build-up. Over winter (and under the snow) this has been forming a nice thatch below the grass. I’m curious to see how well this paddock resists drought this year with this extra sponge protecting the soil.

One of the benefits of not using fertilizers is that the soil is a more welcoming place for life. More bugs, more spiders, more birds and best of all more worms. We have huge amounts of wormsign in the pastures as the little guys turn dead grass into fresh soil. The moss is getting covered with this new soil. The grasses are outcompeting the moss with these soil improvements. 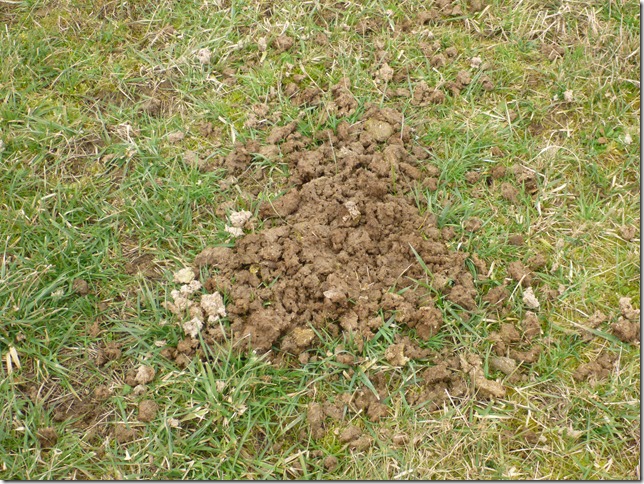 The neighbors are hammering in replacement vine posts.

Some local pilot decided to buzz the farm. This is a lot less disturbing that the usual Mirage or helicopter gunship. 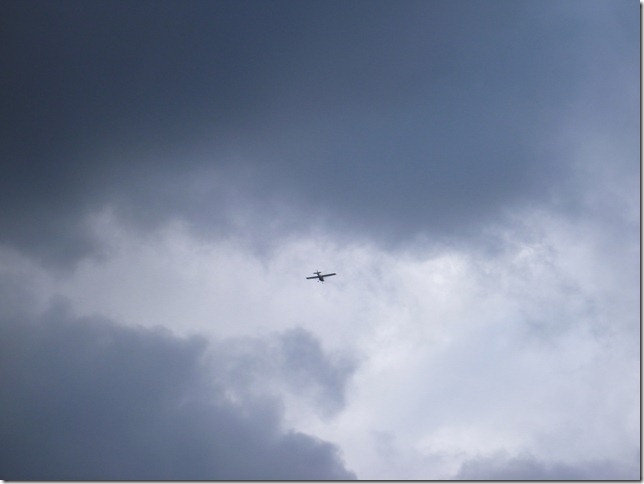 And a stop by the cows on the way back home. 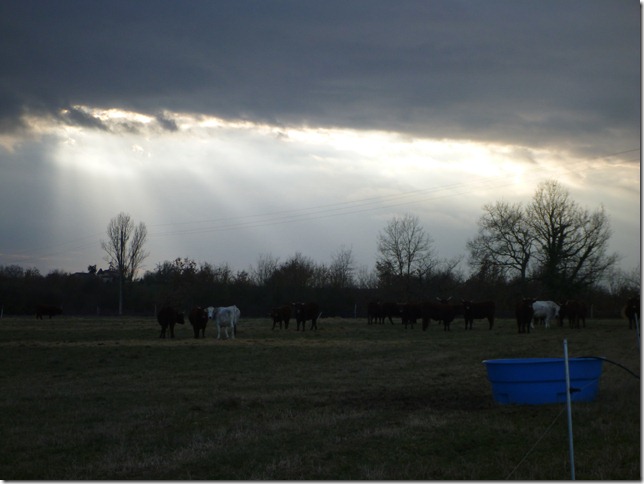 5 thoughts on “Around the pastures after the snow has gone”