After running for 20 minutes the tractor gave a sigh and decided to take a nap in the sunshine. It stopped on a spot with a lovely view and with a bale of hay still on the loader. 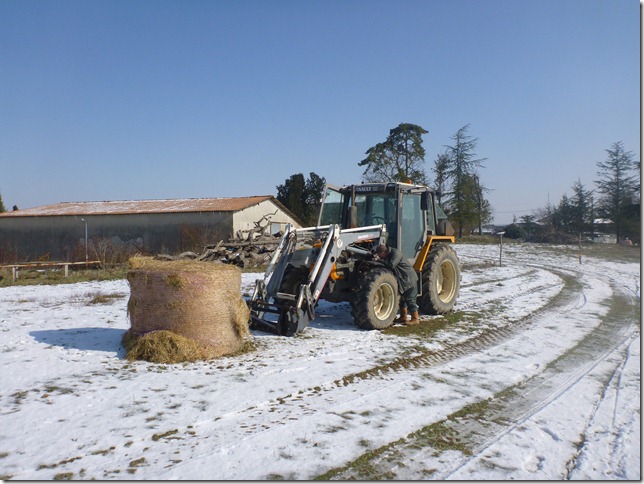 It was several degrees below zero (in Celsius-speak). This is nothing to brag about if you are a farmer from the midwest but rather cold for my Australian-bred fingertips. It was clear that the tractor was too cold to do any actual work. I decided it was the perfect time to go back inside and have another cup of coffee.

Kenny came around a day later to pick up a care package I brought from my trip up north and while he was over he could not resist digging into my engine issue. After poking and prodding he pointed to the fragments of ice in the fuel lines, the hemisphere of ice in the fuel filter and the lump of ice in the fuel tank. Since the tractor doesn’t run well on ice, I had a fuel problem. Tractor Cat helped Kenny out. 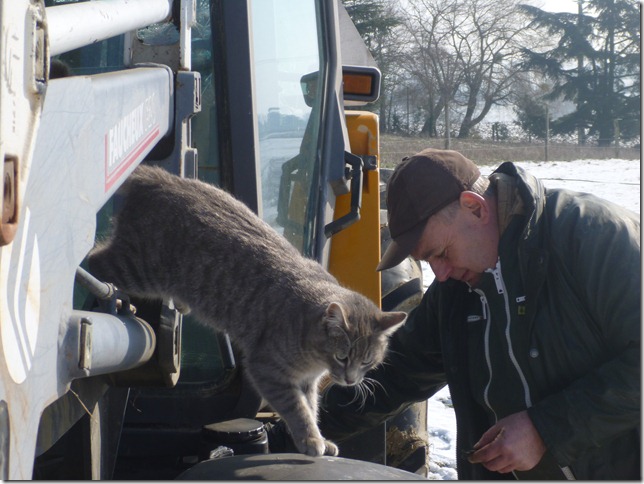 Now to complicate matters it might be more than that. We’ve been having nights down to –10 so all this ice could have formed after the breakdown, disguising a real problem. Any real problem is likely also cold related and caused by ice, so the current plan is to wait for everything to defrost then get the manic mechanic out to perform his tracto-magic.

The cowherd are laughing at the weather. [“Minus-ten? Hah, it is minus-twenty in the Auvergne where we are from! This Gascon farm is like Club Med!”] They have thick curly coats and are well bred for this. The biggest change with the snow is that they eat less of the grass and drink way more water since they are burning more energy to keep warm. They get plenty of hay. Now the snow is defrosting they are discovering all the grass they forgot to eat over the last week or so. 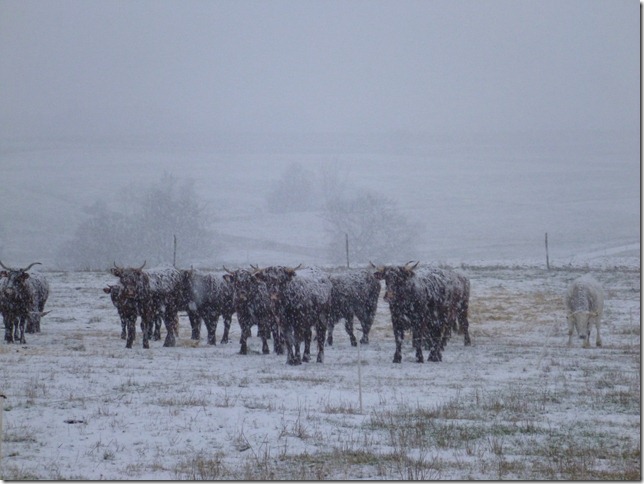 Most of the last couple of weeks has been very cold and sunny, which is pretty for the photo but cold for the photographer. 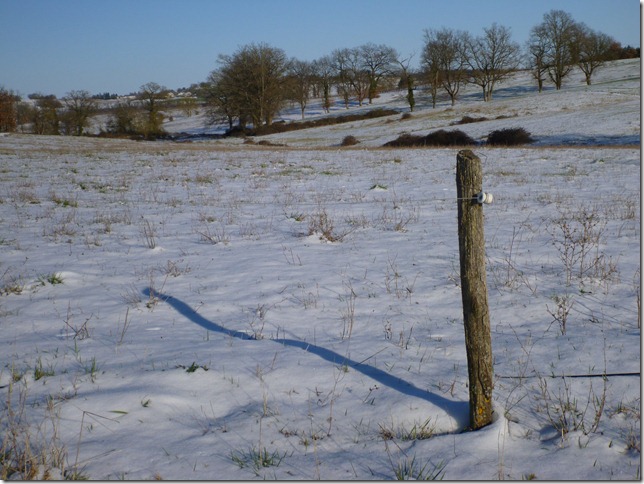 Legend the patou is still sleeping outside. We can’t get him to come in and sit by the fire. He has a job to do guarding the farm and he likes to do it, snowy or not. 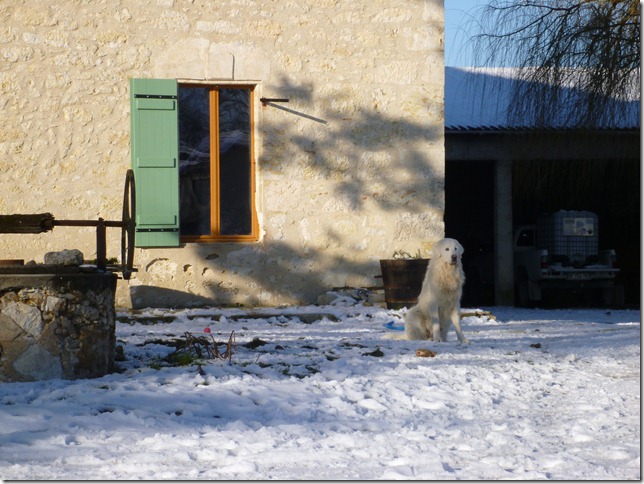 4 thoughts on “Woe is the Renault in the snow”