Pastures around here have the same pattern of usage going back a few decades. In spring, fertilize the grass (usually artificial nitrogen on short term ryegrass pasture) to get as much early growth as possible. Then turn the cows out onto a subset of the pasture and let them eat it down to nothing. Hay the rest. As you run out of grass, chase any new growth around the hayed fields. Feed from your hay stockpile as you go short. Then have a long time over winter with the cows inside eating the hay you made in Spring.

There’s logic here. Once the hay is made you know how much food you have. It gives you a measure of security in dealing with changeable weather. You’ve always got a lot of hay in the shed. Cutting hay gives less wastage of food, at least in the short term. This system works for producing a good amount of forage in a regular way. You get a lot of manure to spread over your cereal fields. 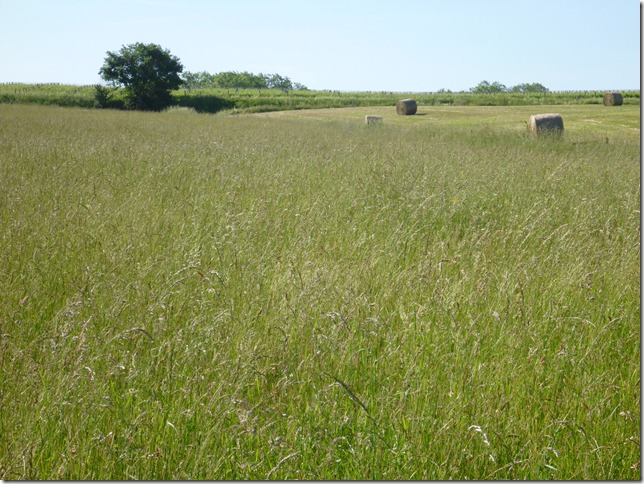 There are many problems with this method that are documented elsewhere by folk like Greg Judy and Joel Salatin. Mostly the costs are high, the pasture fertility declines and the pastures are less resilient to drought or winter grazing.

This is relevant to our farm. It came with old pastures that the visiting chamber of agriculture guy called ‘tired’ and in need of ploughing and reseeding. They were full of bent grasses. In the drought some local version of couch grass moved in. They weren’t resilient enough to deal with the stresses of the drought.

We wanted to try fixing the existing long-term pastures rather than ploughing everything up. The plan for 2011 was to let the grass grow tall and use a small herd to graze it down and tread it in. This would decay over two or three months and regenerate newer, better grass. As the year progressed we’d see a buildup in soil fertility and be able to stockpile a lot of grass over winter.

Surprise! It didn’t work out to plan. Just like in America, 2011 was a big drought year here in Gascony. Our first cycle through the pastures took 100 days and halfway through we found pastures dying out from the drought. The higher pastures on thinner soil had lower fertility and could not resist the heat. We mowed several hectares of completely dead stems that the cows refused to eat.

Then the dead material did not get absorbed into the soil. Either because of the heat of summer or the drought it just lay there. The worms slept way under ground. Mowing helped break it down physically, if not chemically, but the standing thatch just blocked sunlight. We needed more cows to do the treading, more rain, more fertility, more cowbell, more something.

We hit on the idea of grazing our lucerne paddocks like they do in Argentina and Australia. There were enough wild grasses in the old plantings to ease the risk of bloat and if we waited until bloom then the risk was minimal. Woo! It worked and gave us reliable forage through the drought.

This spring we sowed some new lucerne paddocks but we mixed orchard grass in with the lucerne to balance the diet. These make fine food sources for finishing cattle.

Fall hit and it rained a little and grass grew again. We had enough regrowth to ration out new grass all through the winter and the cows had a diet of about half grass and half lucerne hay.

Still, 2011 was an positive year. We saw some new legumes grow but the grass made at best a steady gain. As winter ended there was a frozen kick in the tail which set back grass growth a couple of weeks.

But now spring has been and gone and the cows are on their third cycle of the year around the pasture. We’re seeing amazing growth. We have had a regular amount of rain. The worms were in wormvana this spring and every paddock is seeing major change. Each time I walk around the pastures I see interesting things. Sometimes I remember to take a photo. We have twice the cows but the pastures are growing better than ever.

We had an external viewpoint the other day. A local farmer was interested in buying some Salers cattle to produce veau sous la mére and he came over to check out our herd. We’re not selling, but we were pretty much the closest Salers farm to him and were happy to let him check out the breed. As we wandered through the Emerson paddock I pointed out all the new legumes growing everywhere. He assumed that I had seeded them. When I pointed out that they just sprung up because they’re filling the gap from the lack of nitrogen fertilizer he had to check my French to make sure he understood what I had said. He couldn’t comprehend that just mob grazing could increase legume diversity like that. 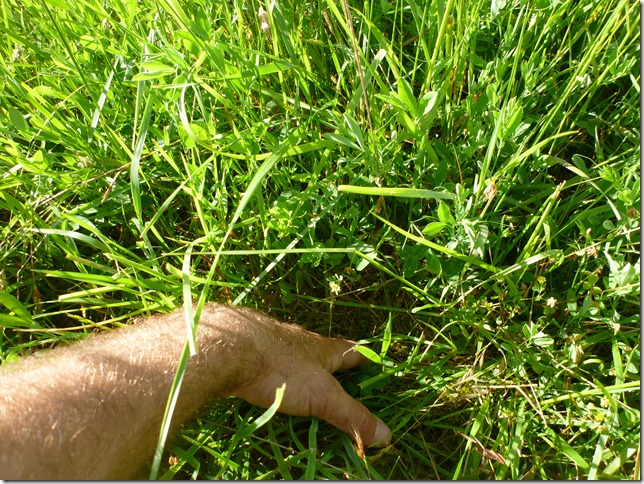 3 thoughts on “You seeded these legumes, yes?”