The herd has now left the Florida* paddock and is now eating the ripe lucerne of California, but they left a lot of Florida’s grass still standing. This is mostly early spring grass that is now dormant and was left when the cows ate the fresh stuff underneath. Most of the dry stems were trodden in, but they didn’t do a complete stomping job. 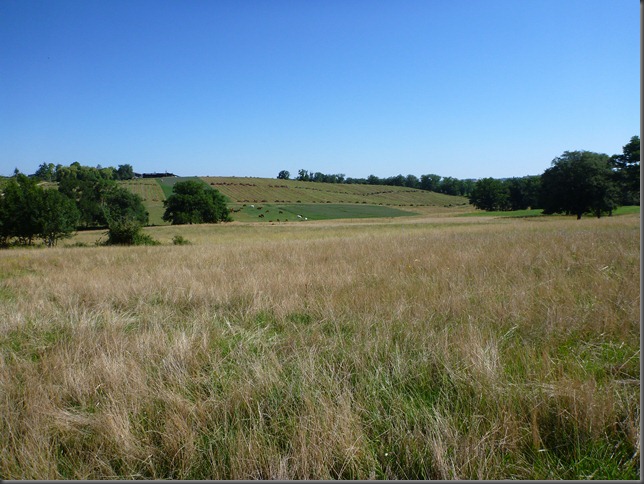 When the neighbors saw the height of the grass when I put in the cows they wanted me to make hay. They couldn’t bear to see all that grass trodden into the soil. They used the word ‘gaspillage’, which means ‘waste’.

That soil needed the fertility of the trodden grass more than I needed the hay. I pointed out that in previous years the field had been hayed and overgrazed and I was left with a sparse field with many voids in the vegetation and a lot of moss. I didn’t want to sell the remaining fertility. I didn’t want to pay each year for artificial fertilizers. What I needed was decaying plant matter to feed the humus to give me better grass and more drought resistance.

I’m watching to see the results. 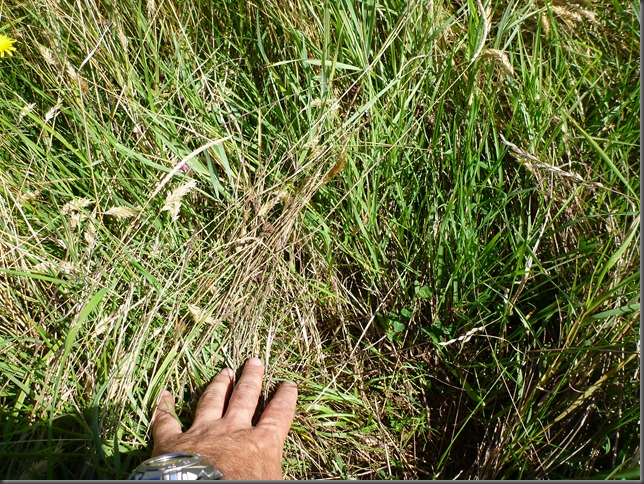 The photo above shows some regrowth from the first few weeks. The herd was in the paddock for forty days, so the strips they grazed early have already had a few weeks rest. Under the standing dry stems is a lot of new fresh grass. The is a drought year, and this regrowth is a good thing. There are young clover plants in there, which should be good for summer eating when we return to Florida in a few more weeks.

There were a few places in Florida where there was too much standing dead material. There were two areas I did not graze because the drought was at it peak and there was not much food value there. I just left it out of the rotation this time round. Also, there were two areas where the grass was so thick they left too much standing. So I mowed these four areas with the big hammer mower. This left a thick carpet of chopped grass. Now I need rain to help it break down. 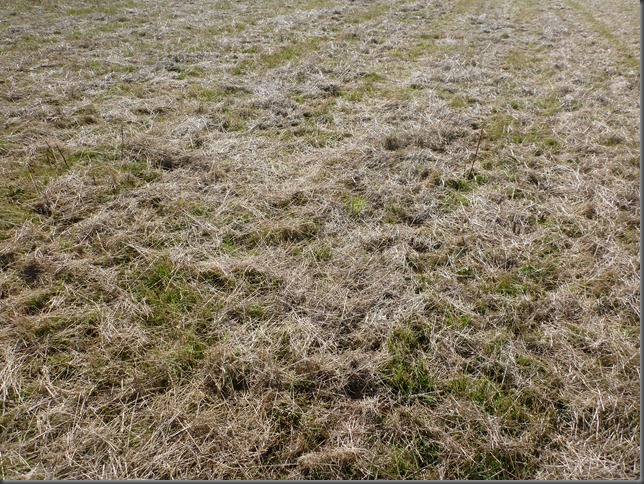 Still, things are growing well under the chopped grass. This part has only had two weeks of rest. 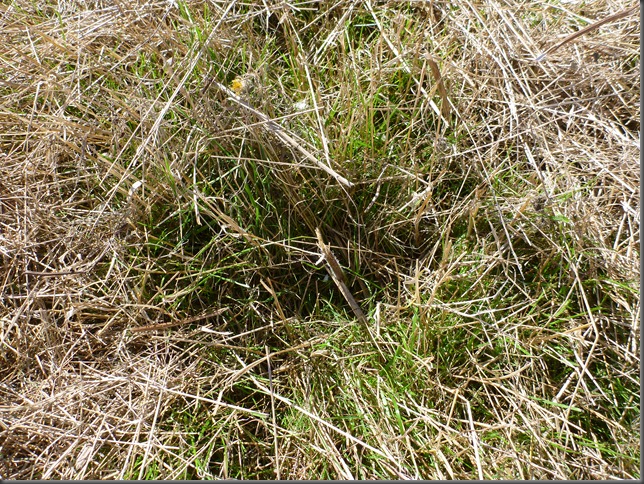 There seems to be some disagreement as to the value of mowing after grazing. Some folks think you need it to break down the dead grass, but others think that happens anyway and it isn’t worth the labor and wear-and-tear on equipment. Maybe the biggest gain from mowing is that your neighbors hassle you less about your messy farm. I’ve mowed a couple of strips here and there to see if there’s much difference in recovery. It is fun to experiment.

*The paddock names might seem a little odd. I’ll do a post about them one day, but they’re named after American things. We have Newman, Costanza, Sleepy Hollow, Florida, California, Colorado, Detroit, Nebraska, Alaska and an as-yet unnamed large paddock that we sometimes call Texas.

3 thoughts on “As exciting as watching grass grow”