There are a couple of lucerne paddocks that I’m letting the cows eat rather than turning into hay. Twistie approves:

She’s called Twistie because she has an odd twist to her horns. She likes eating the mature lucerne. Grazing legumes can be risky, but the biggest risk is with young plants and these ones are in full bloom.

The Mirandaise like it too. The two year old Mirandaise heifers often eat as a group. 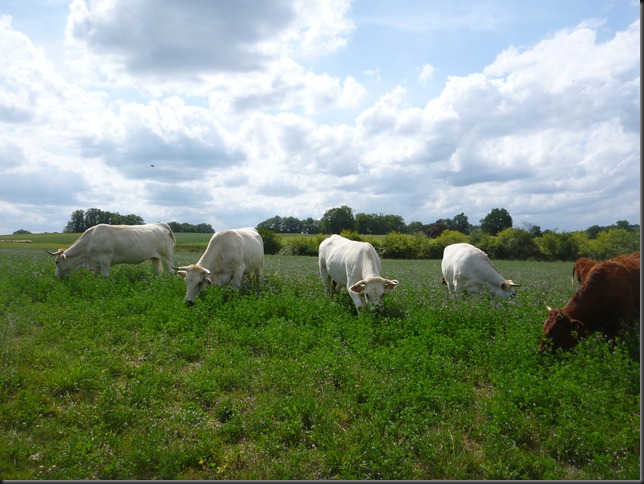 Below is 08. She likes to steal milk from Big Cow, but she usually gets a horn in her side as a reward. Still, she’s persistent and maybe that is paying off because she’s a big one-year old heifer. The Salers horns are growing fast on those young girls. With the brown fur they look like Ewoks to me. 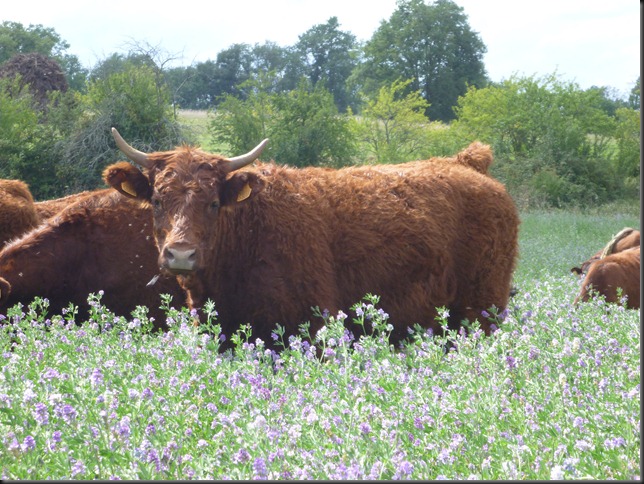 The paddock they are in is called the soccer pitch because it is flattish and roughly the dimensions of a large pitch. Here you can see the reel, polywire and white step-in posts I use for the front fence. I don’t back fence because they don’t go back and eat the old stuff. 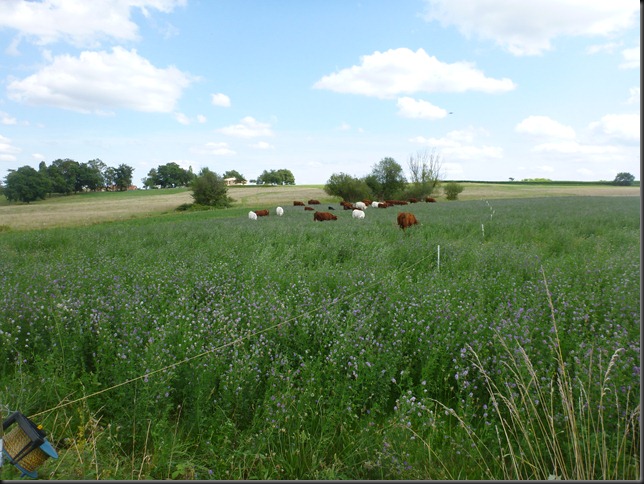 They’ll be through the soccer pitch in another three days then they’re off to Florida for some mixed natural prairie. After a Spring of drought we’re getting some rain in Summer and the grass is growing well.

14 thoughts on “Twistie on the Soccer Pitch”