It’s an ‘I’ year for cows in France. All cows get a name when you register them and it must begin with an ‘I’.

First calf of the year is Infinity and Beyoncé. 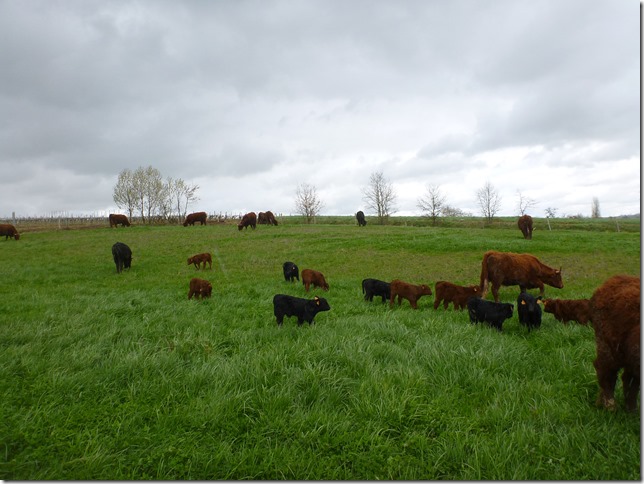 Also out there somewhere are:

You tell folks it is difficult to come up with ‘I’ names and you end up with some off-the-wall suggestions. Ixnay (suggested by Michael) still cracks me up as a name and Icky Martin is a cute calf. I can’t see Inglewood without saying “Jules Winfield, our man in Inglewood.” (Thanks, Steve.) We’re still waiting on an Inseminator and an Inconceivable.

This is heifer 33, who is now cow 33 since she is the mother of Ice Ice Baby (Michael again). Her registered name is Framboise but we know her by her nickname which isn’t very polite. She’s a very sweet cow even if she dribbles at the water tank.

We’re hoping for another fourteen calves in the next month or so then we’re expecting a couple of late comers from Old Girl and heifer 99.

6 thoughts on “Infinity and Beyoncé”