The evenings are lovely: the sunsets are slow and warm and there are great places to sit outside in the west paddock near the house and watch the kids learn how to be farm kids. But it doesn’t go as I expect. They bring their picnic table out into the middle of the field and role-play the Star Wars movies.

Jean and I often sit outside and catch a breather at the end of the day. We’re in another country on another continent. Our kids speak French with a Gascon accent. We’re new farmers and need to get fencing, buy cows and a tractor. Our house has no heating and is missing three windows. The stars are fabulous. Our driveway is 650 yards long. I bought a chainsaw to cut up the many tree trunks stored by the house to give us firewood for the winter. We sit and think ‘How did we get here?’

Today illustrates the strangeness of things. Lucy Jean was bored and picking on her siblings so I took her out for a bike ride. I took my ridiculously cheap new singlespeed Decathlon in cool Dutch Orange (79€) and went riding across the paddock down to the north lake, the one that has no water because some coypu dug a giant hole through the dam. 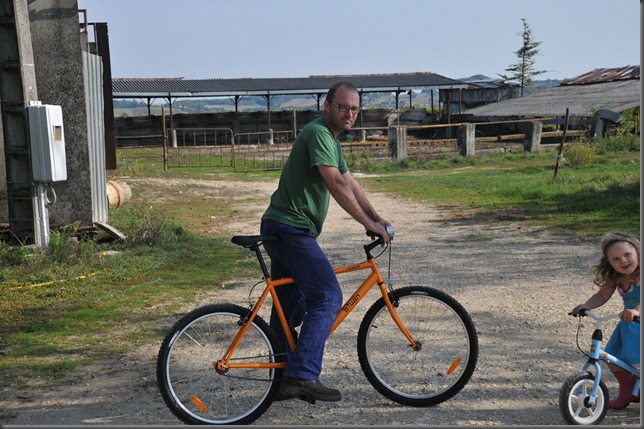 Since we were up the back of the farm we decided to keep on going to the neighbors place and introduce ourselves. We found a road through a vineyard to a house so we introduced ourselves and had a chat. On the way we had lost Smeggs the Farm Dog as she had seen a group of deer and decided to chase them away. Then we headed towards the hamlet that neighbors our south lake to say hey to the local hunter and ask for his help with the coypu (ragondin).

Halfway there we saw about thirty people wandering in a group across our farm, so we crossed a couple of paddocks, ducked under some electric fence and said hello. They were the local randonneur society going for their annual walk to try out the new vintage of wine. They invited us along so we left our bikes with the cows and joined them. We made it to a farm about two over from ours where we tried the milky white wine of the new vintage and met a bunch of folk from the village.

As the group moved on to the rest of their walk, Lucy and I headed for home through the overgrown back roads. These are communal roads but since nobody uses them much they get a little overrun with grass. We got a little lost but threaded our way downhill until we ended up at the south lake where we had left our bikes earlier. Smeggs came sprinting up the road, happy that she had found us after searching for the previous two hours. 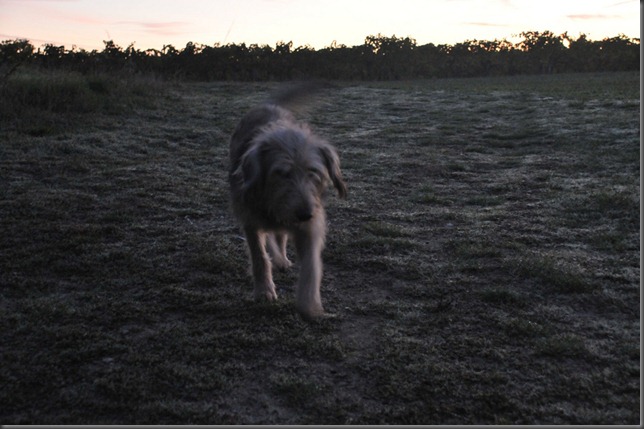 We made it back up the hill, past the vines that will soon be torn up, past the mushrooms with the white underneath that I am guessing are inedible and into the courtyard to be greeted by Tosca the House Dog who doesn’t Go Very Far. Jean was making ‘Billy’ Ikea bookshelves for our forty-plus boxes of books. It is already 9pm and we’re just about to eat. As Calvin says, the days are just packed. 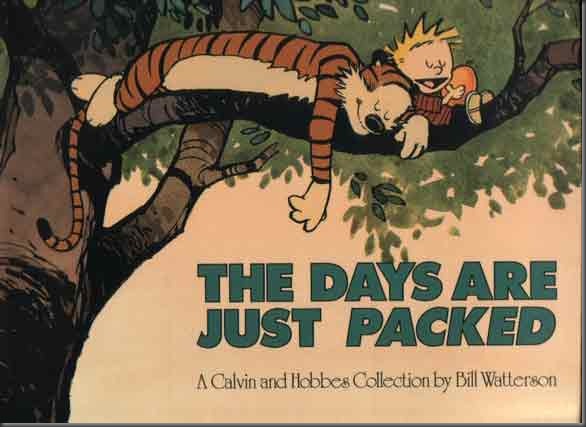 3 thoughts on “So much to write about, so little energy left at the end of the day”