I loved this farm. I still really like it. The people that own it are fabulous. We nearly made an offer, but we logic prevailed and we didn’t. I hope they find someone to buy it. 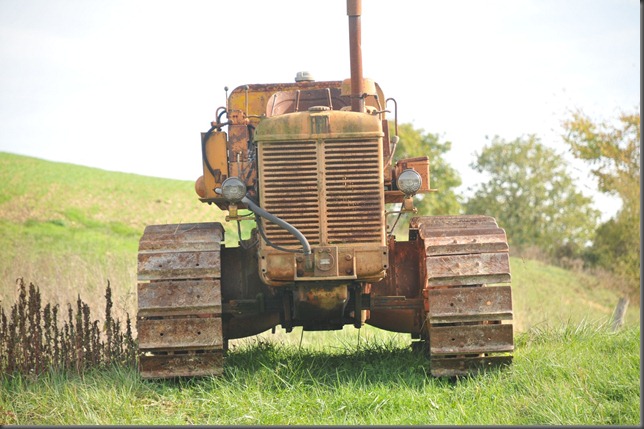 One of the first batch of farms we saw was in the Gers. We’ve liked the Gers since we came here on vacation in 2001 and had a plan to search here for houses on arriving in France. It’s friendly, warm, slow and rural.

It was a good size farm with 140 hectares, and it was very productive. It ran a herd of 90 mother cows and also produced corn and wheat. The farmers were two brothers who had hit retirement age and needed someone to take over. They’d work the first year with the new farmer to help the transition. How good is that! 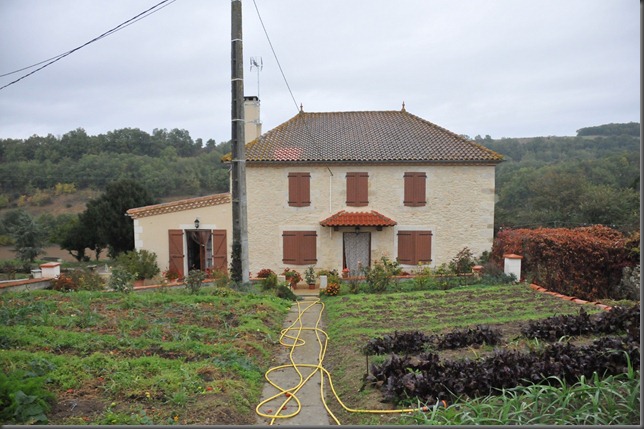 The farm had two finished houses, one large main farmhouse with six bedrooms and two kitchens and a third canning kitchen. They like their kitchens. The second finished house was newly remodeled and ready for someone to move in. It had four bedrooms and a great courtyard.

There were several outbuildings, including this duck shed where they fattened the livers of ducks for foie gras. As Jean said, it would have made a fine dance studio.

The building included a cool room, a scalder and the cones for bleeding poultry.

Not only did I like these farmers, they were very well organized. Their houses were totally clean and their wood pile was both ordered and well aligned.

There were some forest hectares on the property but the trees were very small and not worthy of being cut.

Along with the two finished houses was a cottage ready to be renovated, a couple of big hay and equipment barns. There were two ruins – houses that were so far out of usage that the roof was in trouble. This farm was the accumulation of six smaller farms acquired by the ancestors of the farmers over a long time. The cluster of five houses (two ruins, two good houses and a cottage) formed a hamlet. I found a spot higher up on the farm where I could get a photo:

This photo also illustrates that the farm was hilly, which has its own problems with water retention and soil depth. There was a sixth house (a ruin) at the other end of the farm.

The cowshed was an older design with a central corridor and two rows of chained cows. The barn was long rather than the more modern square-ish design. I much prefer the deep-pile straw/manure beds of the modern design to this.

On the pasture there was some grass coverage but a lot of dead material which wasn’t breaking down very fast and still plenty of bare soil visible. Their cows lived on the same pasture for months at a time so it was overgrazed. 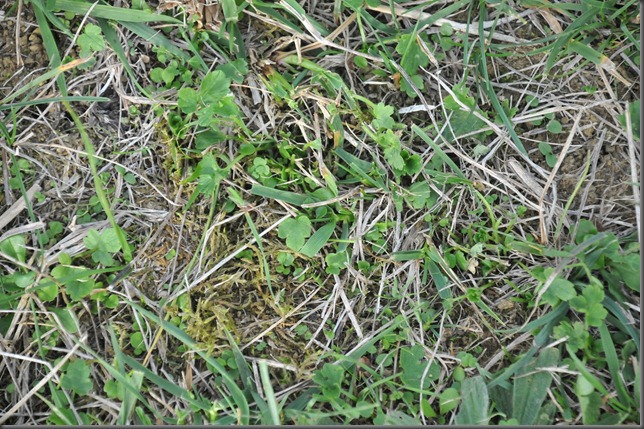 The organization of the farm I found an extreme version of the local system of farming. Of the 140 hectares they had 16 hectares of pasture. The rest was given over to grain production for corn and wheat and hay making. The cows were fed hay in summer and winter, seven months in total. In warm weather they were fed outdoors in feeders. These didn’t move through the year so the same location got all the cow traffic and manure. [Although I do think they are fine looking cows.]

It was a large cow farm with only 12% set aside for pasture. The cows aren’t eating much green grass. But added to the grain production it produced a lot of money at the cost of a significant workload. If we had bought this place we’d have cut the work for the grains and run more pasture. We may reduce the overall revenue but we’d also cut the labor and cost of ploughing, disking, seeding, spraying, spraying, spraying and harvesting.

I’ve seen a few sets of farm accounts now and one thing is clear – farmers do not like paying tax. Farms have costs that match almost perfectly with the revenue after paying themselves a minimum wage. They’d rather buy and depreciate farm buildings and machinery than pay tax. Over time this leads to the situation that this farm had – too much value in buildings and a lot of equipment.

One special thing came out of this farm for us. The farm dog, Dolly, had a litter of pups. The farmers kicked all but one on the head and kept the one remaining pup to breastfeed and keep the mother dog happy. I asked for the pup and she’s been our dog ever since.

She was born in the straw pile next to the combine harvester so we called her Massey ‘Smeggs’ Ferguson. ‘Smeggs’ is the name the kids chose, which what Otto requests for breakfast – ‘some eggs’ mumbled and spoken fast. She is just like her mother, which is exactly what we wanted. Fit, fast, guards the farm from intruding animals and warns us of approaching cars.

It took us a lot of time to figure out the big picture for this farm, but it did finally emerge. The cost of the land was only a small percentage of the value of the farm – say 30-35%. The housing costs and building costs were way too large. If it had only one house it would have been great, but with the value of the second and third houses and the extra barns and duck shed it was too much to pay for the land value it represented. We needed a place with more farm and less house. 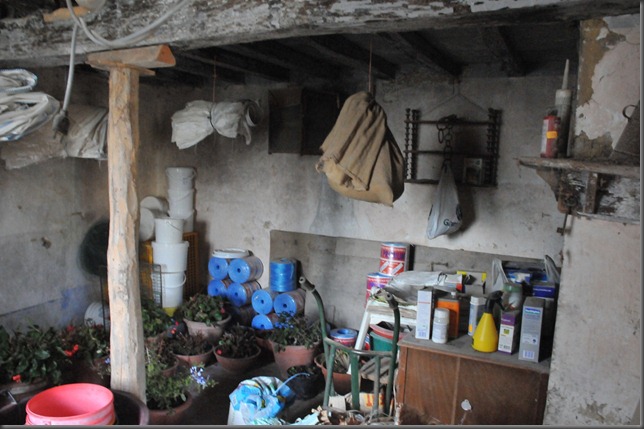 4 thoughts on “An awesome farm with too many houses”