I’d heard of a farmer with a herd of Galloway cattle not far from me, so I called him up and went over to check out their farm. Stefanie and Andreas Roth are German, a fact that you could work out on arriving at the farm from the German cars, German MB-Trac tractors and this awesome Unimog with a 3-pt hitch on the front and the back. 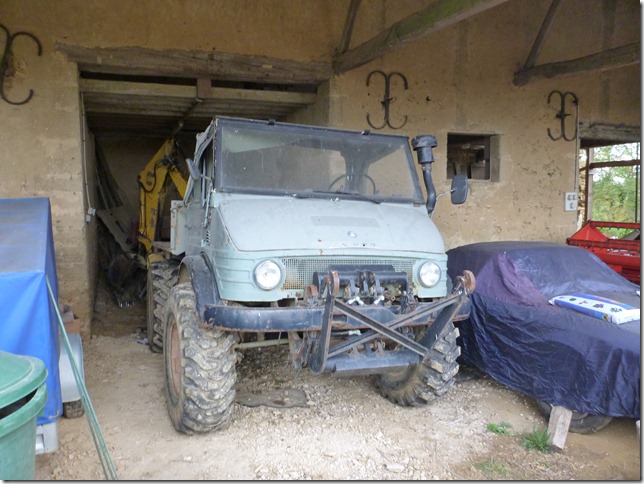 His Galloways are a mix of colors, ranging from a light cream to black with a couple of Belted Galloways in his herd.

And they are small! After looking at French cows for years these Scottish girls are a different size altogether. They are very cute and wooly. When I look at our Salers I think they are a small cow compared to the ubiquitous Blondes around here but they are positively giant compared to these girls.

This one liked to pose for the camera. 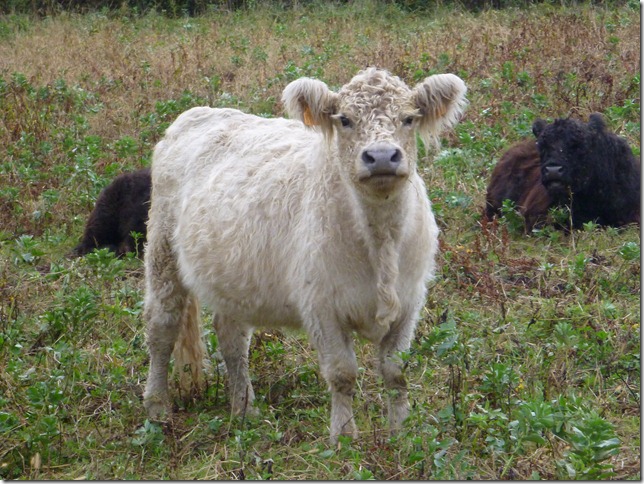 As did her calf, who reminds me of Fozzy Bear.

I was wondering about getting a couple to try out on the lucerne of our farm, but Galloways don’t have horns and I don’t want to put new animals in with a herd of big strong heifers without having some horns to defend themselves. Maybe we could put a couple separated from the main herd with the finishing animals?

Galloways produce small carcasses. Andreas gets about 130kg of meat from each animal at about two and a half years of age. As a comparison, a fully finished Salers heifer should give you over 200kg of beef. Both breeds are rustic all-season cows which live outside in the winter and eat just about anything. They can both marble well, although Andreas doesn’t finish his animals to produce marbling. You can see the difference in build when you compare them with our our Salers heifers below, although these girls are looking a little porcine after eating some lucerne hay.

Andreas is dropping by in a few days with some beef for us to try and I can’t wait. One way to look at other farms that direct sell is as competitors, but we don’t do that. There are so few direct sale beef farms that we like to learn from each other and help each other. For those of you in the Gers who would like to talk to Andreas and try his beef he is at 05 62 09 15 30. There’s also a fiche in French with a lot of information.