Cow 63 has been threatening to give birth for the last few days. She’s very rotund, her udder is full, her tail is up and there’s been plenty of mucus, but she’s still crossing her legs. 63 is way out of sync with the rest of the herd, but she’s a good old cow.

That was the last of the stockpiled permanent pasture. Now it’s just the lucerne/orchard grass pastures until we get some rain and growth. We haven’t needed to feed any hay.

The third cut of hay is now cut, dried and baled. There’s been little rain this summer so there’s less hay than in the second cut. Still, our farm is green compared to everywhere else since we have this awesome lucerne. 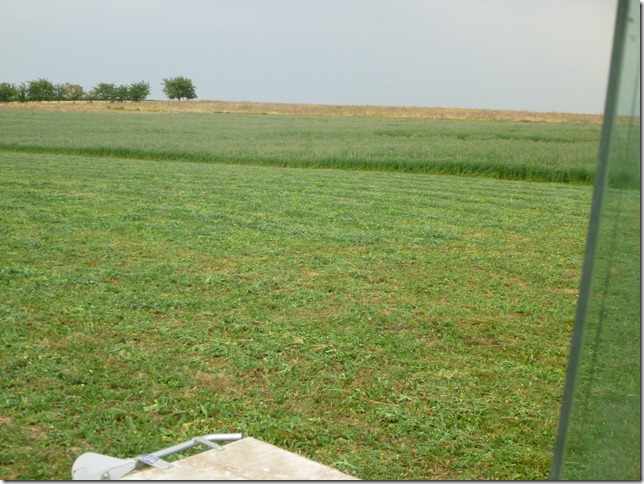 As I was finishing up this section there was a little grasspunk mohawk. This is the Newman paddock, so named because it has the post box.

The Agricultrix showing off her functional farm outfit.

And after the Mirages, the ultralights, the attack helicopters and the Hercules transport planes, we get buzzed by a regular little plane. They didn’t waggle their wings at us.

4 thoughts on “A pregnant pause in summer”