Once July hits the Gers nothing much grows. The permanent pastures go yellow and brown and after the stockpile is eaten there’s nothing left. Farmers feed hay and silage to their animals through the summer.

The one exceptional plant is lucerne (or alfalfa to Americans). It keeps growing. Even in drought conditions it grows, although it won’t get as tall or deliver as much nourishment. 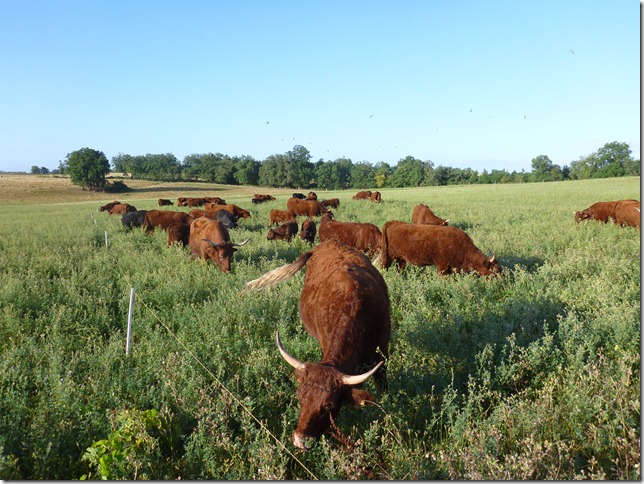 Our plan is to have enough lucerne growing to not need to feed hay in the summer. It worked out last year, and with this year’s larger herd we’ve added a couple of new paddocks to the rotation. So far we’ve fed no hay, although the lack of rain means the pastures aren’t growing yet so hay may be on the menu in a few weeks. 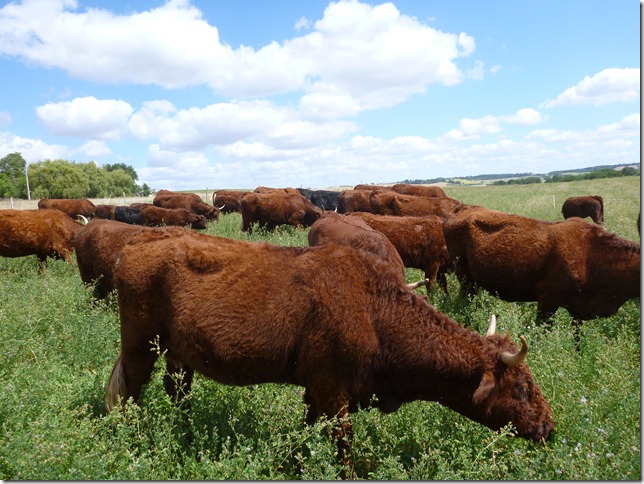 There’s nothing wrong with feeding hay except cost. We chose to seed a lucerne/orchard grass mix and graze that for five summers rather than making and distributing that amount of hay. It is also excellent pasture for finishing animals. Plus the lucerne gives Nitrogen to the soil and the deep roots of the lucerne plant help develop a good soil structure.

8 thoughts on “Summertime and the lucerne is eaten”