I went off to the Aveyron to choose some calves to be the herd bulls next year. Here are some photos of the Dads and the calves we’re purchasing.

This guy (Bull 1) was the star of the blackberry post a while back.

He’s quite the ladies man.

Remember, it is the calf that we’ll buy. Here’s a shot of his calf that shows the meaty end. This guy was stocky.

Bull 2 isn’t quite as elegant, but he’s a little younger and stocky.

The calf I like is in the middle here. He’s a strong guy, dominant amongst his peers.

Bull 3 is the youngest and is still filling out. 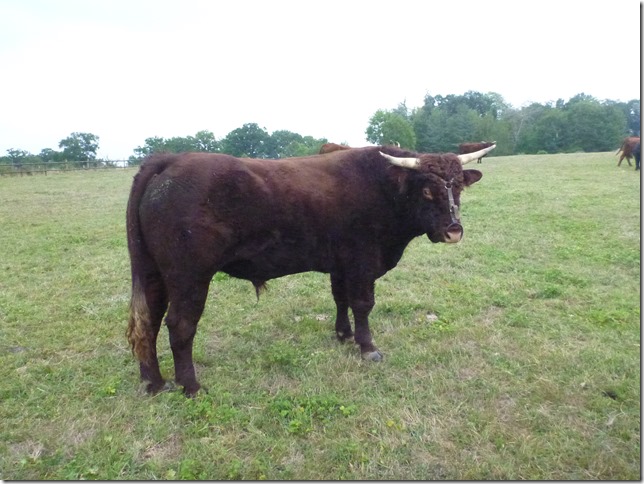 His calf has the butt in the middle. He’s handsome with good muscles and is a little smaller, which can be a good thing. 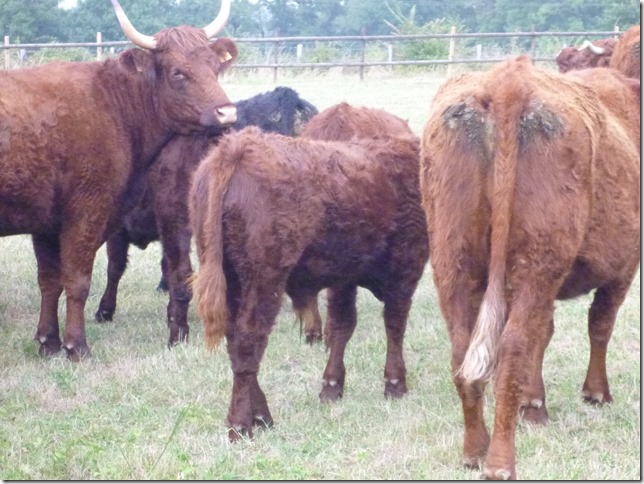 We’re getting all three so we can take a longer look and decide who we want to put with the herd. Maybe all three, but if there’s one that turns out to have some attitude issues then he’s either veal or steer.

7 thoughts on “Bull calves and their dads”